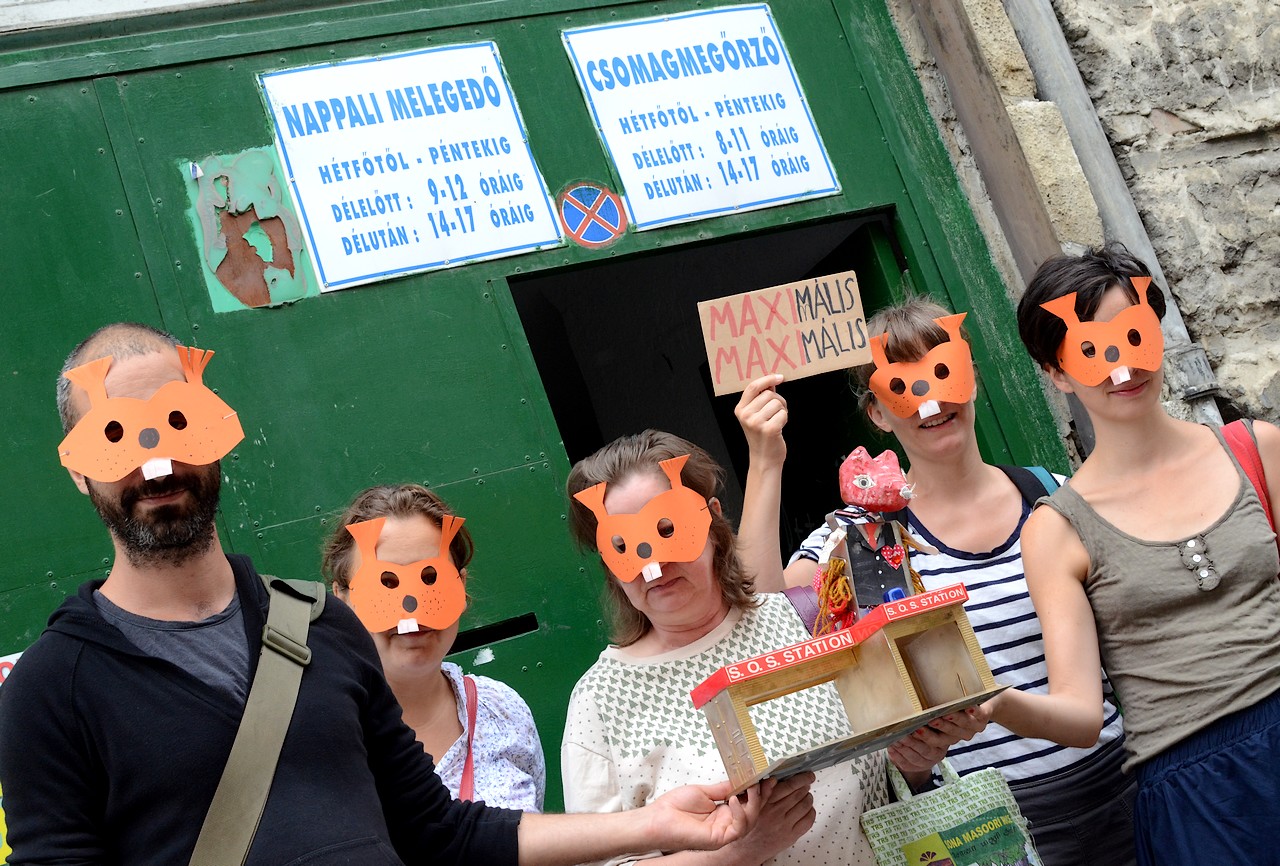 The homeless giant squirrel Mokus Maxi became a candidate for mayor in the 8th district of Budapest. An artistic campain in the year of local elections in Hungary. Maxi was competing with the actual mayor Máté Kocsis representing an avantgarde of criminalizing homeless people and establishing the biggest
surveillance system in Hungary. One of Maxi’s idols and family members is Antanas Mockus, former mayor of Bogota. The campaign focused on the question what tasks a mayor should or could have.

“I am the homeless captain Mókus Maxi (Macky Squirrel) and a Giant Squirrel travelling in the 8th district in Budapest. I
started my campaign for the local election in autumn where I wanna win the Mayor election in the 8th sea. One of my idols
and family members is Antanas Mockus, former mayor of Bogota. With my golden shopping car I travel through the 8th district
and meet people who help me to find out what I can do as a mayor. I ask myself if we still need new mayors, or if I should
encourage everybody to become a new mayor.
I have two aims found so far:
Adó helyett Odút! (A refuge instead of tax!)
Ellenörzés helyett bizalmat (Trust instead of surveillance!)
As the local government here is a master of disappearance: they make disappear homeless people from city space, benches,
public sphere, food distribution, my aim is at the moment also to make disappear the disappearance.
Let’s come together in alternative news channels and make space for a new squirrel economy.
Most of my posts are in Hungarian, but I am working on english and german informations, because i wanna expand”