Pneuma Szöv. was founded in 2008 in Budapest with an air factory researching and responding to bad city air and growing concpiracies polluting politics and our lives. >>> See more about the air factory under Lufthase

Since 2012 we have been developing own media formats as artistic tools to create a public sphere.
A local newspaper called „The Eighth Sea”, nomadic radio-theatre performances that occupy radio stations for an evening hour, an ephemeral “chalk TV” on the asphalt to communicate about local issues, or a “Street Channel” as a series of public talk shows on the streets of Budapest.
Our media formats are answers or better questions to actual socio-political
processes in Hungary, but also a reaction on the current ways of representation in mainstream media that increases prejudices and gridlocked social barriers instead of tearing them down.

In the past years we have built up a heterogeneous network in the rapidly gentrifying 8th district of Budapest out of white middle class people, Roma kids & their parents, inmates of the homeless shelter houses, passers-by, local activists and artists. Between 2013 and 2015 we developed a translocal wandering media format called “Paplament” between Budapest and Leipzig with the German performance collective Mobile Albania. 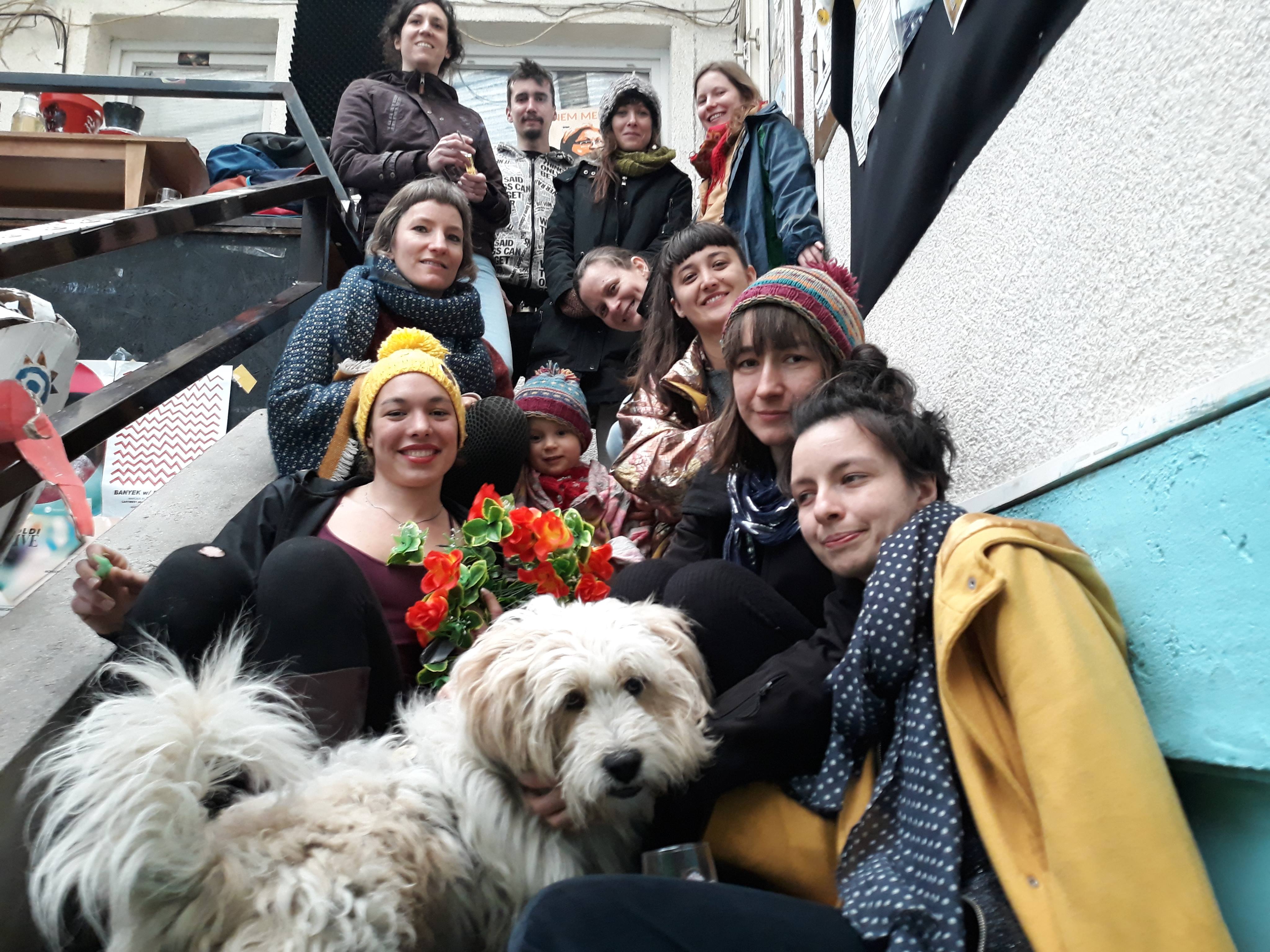