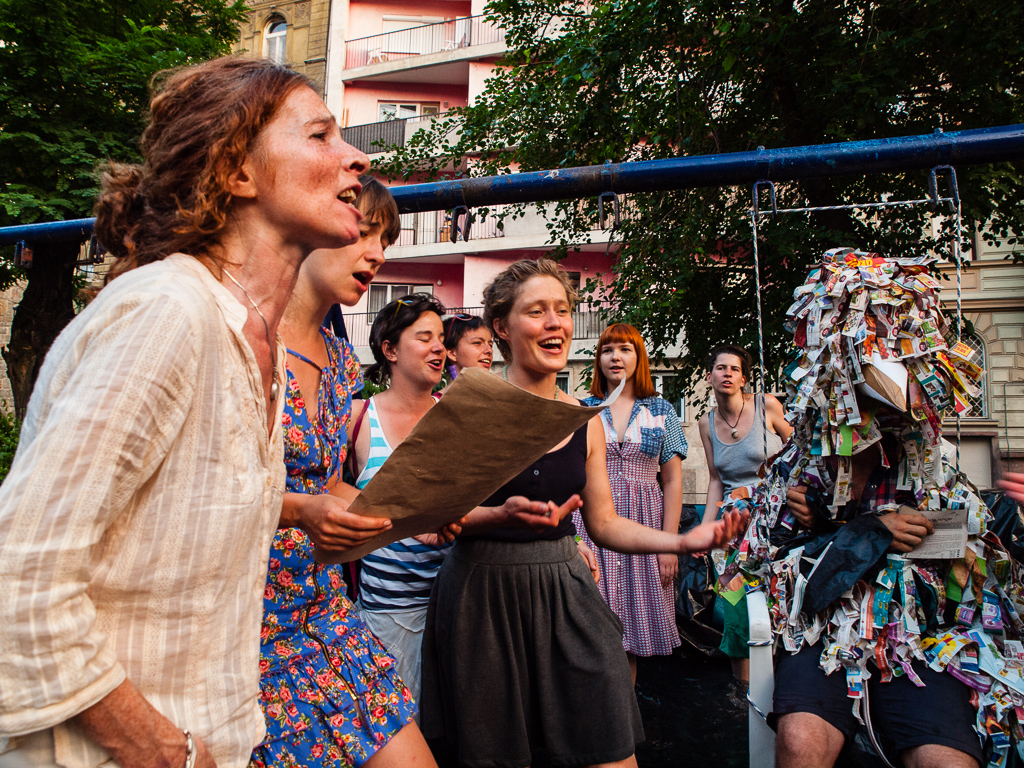 The street university is based on non-hierarchical learning. It brings together different actors of society in order to create and transfer common knowledge. In the summer of 2013, we made excursions
in the 8th district of Budapest, got in dialog with inhabitants and civil networks, formed a public choir and founded a local newspaper.

* shooting of a sci-fi movie on the streets of Joseph City (8th district).
video | https://www.youtube.com/watch?v=q-yscQKrz3E&feature=youtu.be

* Moving on the 8th sea – a street workshop led by Sarah Günther and Imre Vass
topic: Deleuze and Guattari’s notion of “striated” and “smooth” space in order to explore borders in city space
report | http://20forint.blogspot.hu/2013/08/striated-and-smooth-spaces-barazdalt-es.html